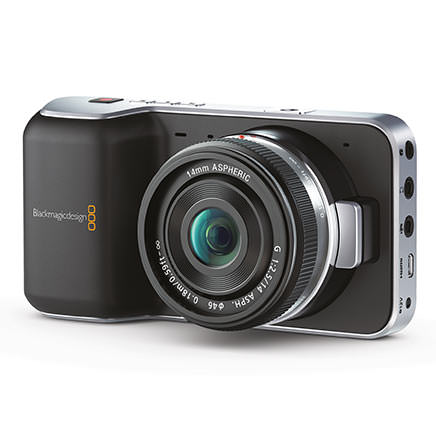 The Blackmagic Design Pocket Cinema Camera is a unique professional camera system with a Super-16mm sized sensor, and CinemaDNG RAW FullHD recording. It was introduced in 2013 and after a rough start is now a solid part of modern film making.

It's small enough to tuck away in your pocket (with the right lens of course), and yet delivers an image quality that is uncompromising. With 13 stops of dynamic range and its Micro Four Thirds lens mount its a powerful tool.

It records on SD cards, but has a very specific appetite. There have been many test, especially because the officially supported recording media were very expensive when the camera first launched. Nowadays the price of its recording media has come down a lot and can now be called cheap even.

There's however not a lot of choice when it comes to choosing your SD's. Only the unrivalled Sandisk Extreme Pro 95MB/s are guaranteed to give you the full recording options. At the current price level however, this shouldn't be a limiting factor anymore.